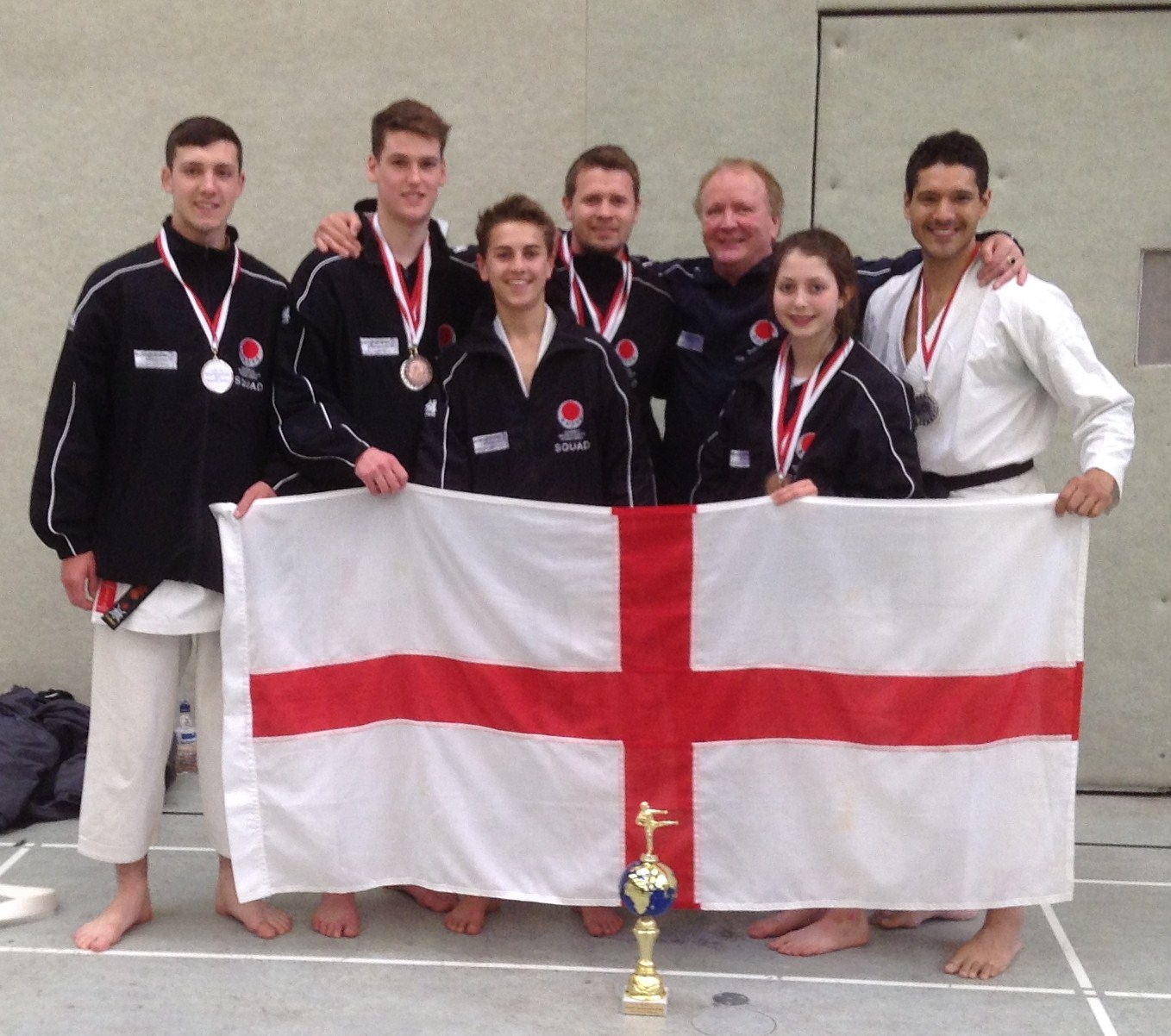 At the weekend in the Sports Hall in Remscheid, Germany, the local Seishinkai Shotokan Karate International had another excellent day at the World Japan Karate Association championships with all six members from the local clubs taking a medal.
Thomas Carson (15) from Ridge Lea won the gold medal in his free-fighting category making him the current world champion, a title he thoroughly deserved on the day.
The men’s free-fighting team of, Adam Cockfield, Gabriel Van Rel and Mike Grimwood just missed out on the gold medal by the smallest of margins and a very dubious refereeing decision and were eventually awarded the silver medal. The video evidence after the match was over showed that they should have actually won the gold medal but it was all too late.
The men’s kata (forms) team also took the silver medal in their category and this team consisted of, Danny Richards, Adam Cockfield and Sam Richards.
Cristy Nash (15) took a silver medal in the girl’s free-fighting category and a bronze medal in her kata event.
In the male cadet (16-18 yrs) free-fighting event, Sam Richards took the bronze medal with Danny Richards coming in fourth place.
Adam Cockfield made the final of the men’s senior kata event, eventually taking the fourth spot.
Malcolm Phipps 8th Dan and the local and international Chief Instructor was over the moon at these successes and in such a prestigious tournament and to come home with a world champion and with all six competitors from the local area taking medals was a real plus.
Anyone interested in joining the local group please ring HH 266048 and ask for details or log on to the association website: www.sski.org for details of all the local clubs.