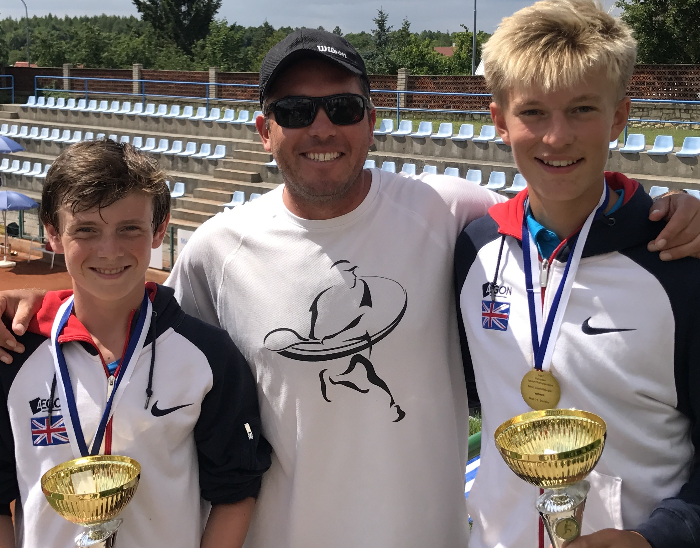 Berkhamsted Elite Tennis Academy star Joel Pierleoni and his doubles partner have become the first British pair to win a major European crown in 22 years.  Joel and doubles partner Jack Pinnington Jones were competing last week in the U14 European Championships in Most in the Czech Republic. The duo navigated their way through some very strong opposition including the best players from Lithuania, Sweden and Switzerland to make it to the semi-finals.