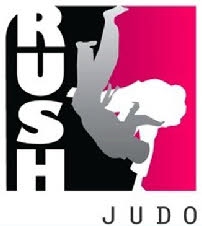 The Berkhamsted-based Rush Judo club returned from the Northern Ireland Judo International contest at the weekend with a great haul of medals.  inRead invented by Teads The team won three gold medals, a silver and four bronze medals in what was the second week of internationals competition. Held at the Foyle Arena in Derry, the competition was the next stage in the BJA Ippon League which is an important part of the competition pathway for the national squad. The events are always well-attended and toughly-contested. Coach Laurie Rush was extremely pleased with the medal haul, particularly as it followed on from the success of the previous weekend in Scotland. He added: “It was a brilliant effort and a great way to end a busy ten days for the competition squad.” Result: Gold medals: Michael Fryer (seniors) Tom Lish (cadets) and Jessica Rush (minors). Silver: Haydn Williams (cadets). Bronze: Michael Fryer (juniors), Tom Lish (juniors), Hannah Niven (juniors) and Gergo Berendi (pre-cadets). They now have a month off until the big London Open competition at the end of next month.