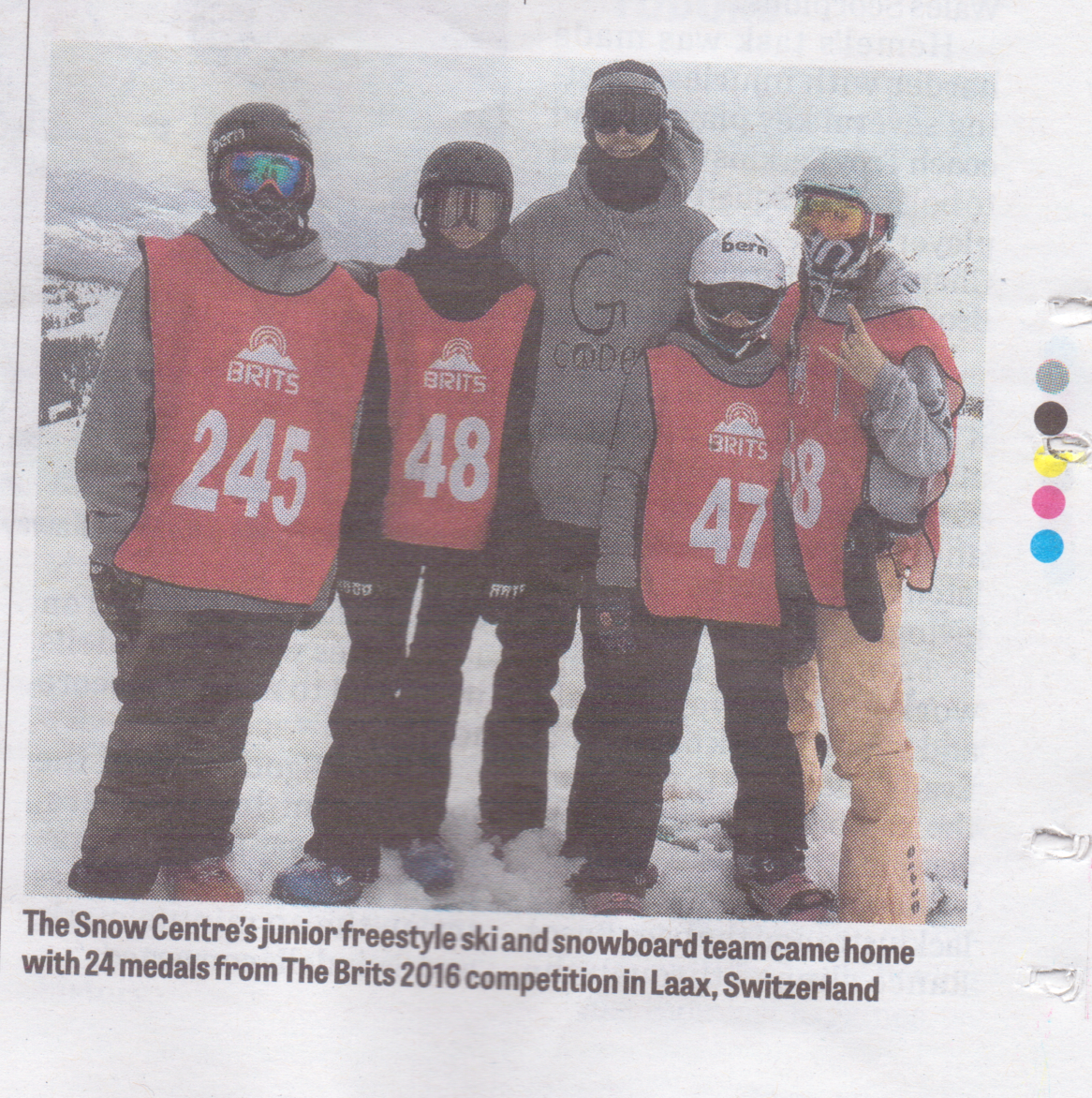 The Snow Centre’s junior freestyle ski and snowboard team were in scintillating form at The Brits 2016 competition in Laax, Switzerland as they came home with an enviable medal haul.

The young guns bagged a total of 24 medals between them – across slopestyle, halfpipe, ski or boarder cross and rails – as British athletes travelled from all corners to compete against fellow amateur and professional skiers and snowboarders.

This is the only competition where youngsters can compete alongside Olympians such as Billy Morgan, Jamie Nicholls and Katie Summerhayes.
For The Snow Centre’s team, snowboarders Jamie Rowley, Stephen Smith, Charlie Lane, Cerys Allen and Sophie Smith were in action, while Madi Rowlands, Lexi Rowlands, Callum Welch, Ella Taylor-Tipton, Justin Taylor-Tipton and Tommy Dade competed in the ski disciplines.

Sophie, 11, and 14-year-old Cerys stole the show as Sophie brought home two silver medals and one bronze in the U12 slopestyle, boarder cross and halfpipe.

Team-mate Cerys amassed a total of three gold, two silver and two bronze medals in the U18 and U16 categories as the youngsters’ training at The Snow Centre’s Freestyle Thursday and Friday Park Nights clearly paid off.

Madi, who recently competed at the Youth Olympic Games, landed herself five medals in halfpipe, slopestyle and ski cross, while Justin picked up three medals, including a gold, and Callum brought home a silver. Ella, Lexi and Tommy also brought home a medal each.