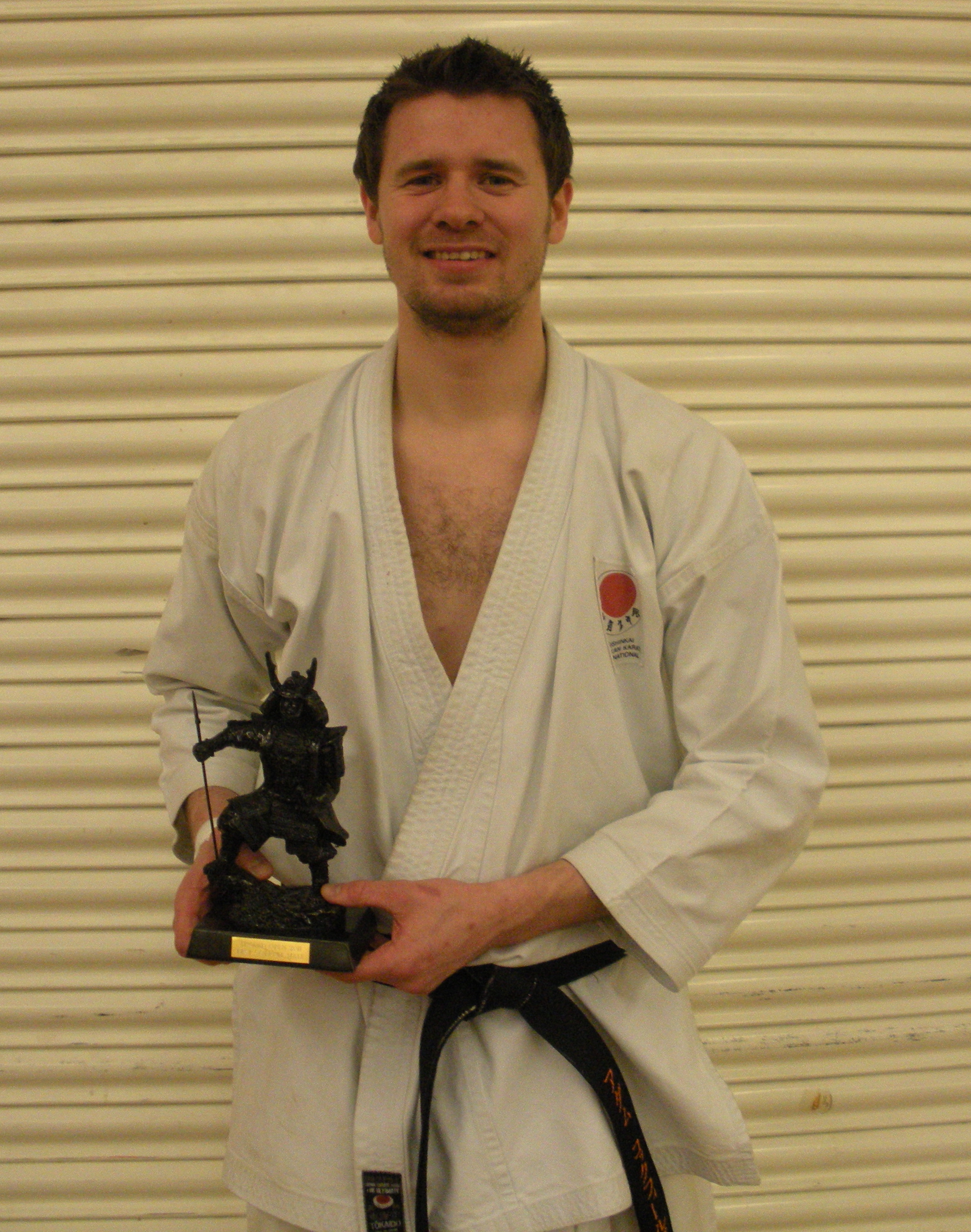 At the weekend at the Legend Open Karate Championships which were held at the Bracknell Leisure Centre, the local Seishinkai Shotokan Karate International squad had another excellent day in the first major tournament of the year. This result was by far one of the best in the association’s 35 year old history in the local area and these clubs took an amazing five gold medals and these were in the major categories in one of the biggest tournaments in the UK karate calendar. There were clubs from all over England, Wales, Scotland and Holland competing for the spoils on a day which started at 10am and didn’t finish until 8.30pm in the evening.
The major highlight of the day was Adam Cockfield (29) taking all the major men’s senior titles. He won the black-belt free-fighting event in real style and followed this with a gold medal in the men’s black-belt kata (forms) event. He then went on to captain the men’s kata team to gold and the men’s free-fighting team to silver also and for this unbelievable performance was voted the ‘Competitor of the Day’ and received a statue of a samurai warrior in full uniform for this feat. This is an extremely amazing feat winning both the black-belt individual titles as these events are absolutely packed to the brim with top black-belts. Another excellent result was SSKI taking both team kata titles, men’s and ladies, and with the final gold medal going to Danny Richards (15) in the boy’s black-belt free-fighting event in the over five foot category.

SSKI is now sponsored by The Buckinghamshire Building Society who kitted the squad out in their new tracksuits. So another great result in the first major championships of 2012. The local instructor and indeed Chief Instructor for SSKI worldwide, Malcolm Phipps 8th Dan was extremely pleased with his powerful squad and looks forward to a busy year ahead with the European Championships in Germany in July.
Any adult or child interested in joining this local outfit, which is considered as one of the most powerful groups in Europe, and which has local clubs in, Hemel Hempstead, Berkhamsted, Bovingdon, Kings Langley and Slip End, please just ring the Association Headquarters on HH 266048 and ask for further details or log-on to the website: www.sski.org