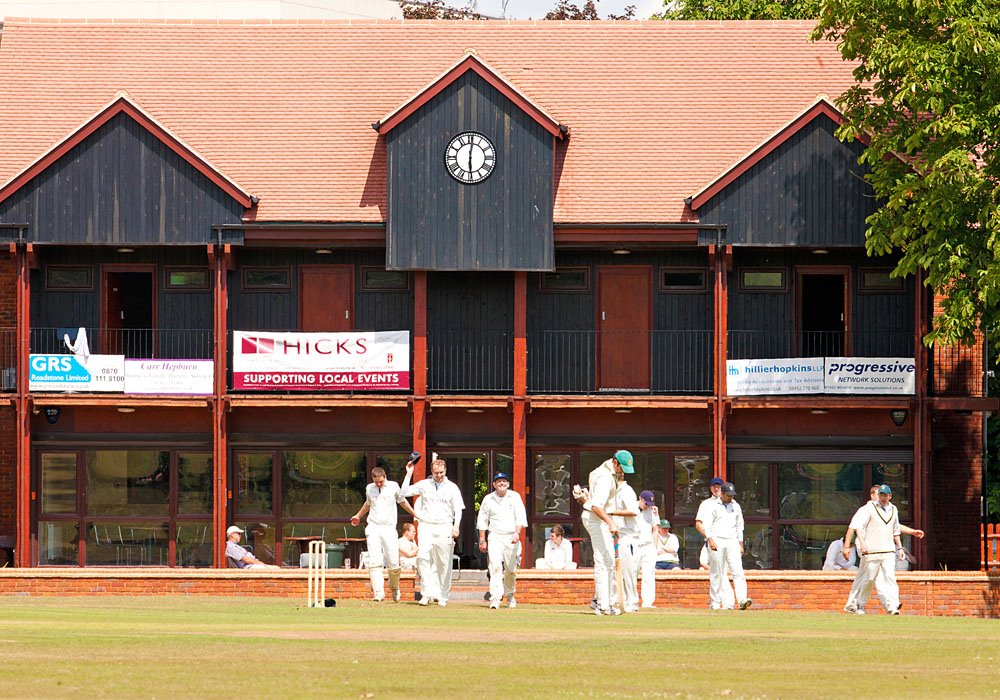 It was a half-way house for Hemel Hempstead Cricket Club at the weekend with two wins and two defeats. After defeats in the last two league games it was back to winning ways for Hemel I as they disposed of Shenley Village and moved into third place in Division 1. Batting first, Hemel kept the score ticking along, led by Lewis Hodgins (69) and aided by Jack Doodson (51), Brett Penny (32) and Tom Elborn (21). Shenley’s chase was destroyed in the third, fifth and seventh overs with Duncan Howard taking the first three wickets in 14 balls to reduce Shenley to 13-3. It was then a matter of chipping away. Duncan finished on 3-12 from six overs, Parth Mehta took 2-33 from his full 10 overs and Nick Hodgins finished off the tail with 3-20 from 7.5 overs. Losing the toss and being inserted by hosts Bayford, Hemel II were unable to adapt to the conditions and were skittled for just 92 runs in 26 overs. Suren Perera made 47 and the only other double-figure score was 10 from Will Langley. Mile Tomkins turned in 6-31 for the hosts. Bayford had no great problems in the chase as they took just over 20 overs to acquire their 93 runs for the loss of just three wickets. Anjam Khan (2-27) was the pick of the Hemel bowlers. Hemel III’s development XI have now managed to lose all five limited-over games to start the Herts League season. The Division 5B bottom side do at least have more batting points than any other side. Batting first, double-figure scores came from Steve Smith (34), Scott Radcliffe (21) and Graham Clark (17). No other batsman made it, as Tegbir Singh skittled them out (5-23). Mujahid Rasheed then smacked 71 from the top of the hosts’ order to see off the total in 25 overs. Hemel IV defeated WGC IV in the fifth and last of the early league season 50-over games. Putting WGC in, Hemel kept them to 190, of which Andrew Emerton scored 109. Hemel’s Martyn Bell took 4-29 from his 10 overs. The Hemel reply started ignominiously on 2-2 after two overs which was certainly not the start Hemel were looking for but then the next batsmen did what was required. Will Stokes started with 54, Mike Samuels (20) and then Sunny Clark (54 not out) and Nic Benson (39 not out) put on an undefeated 84 to win the game for Hemel with four-and-a-half overs to go.