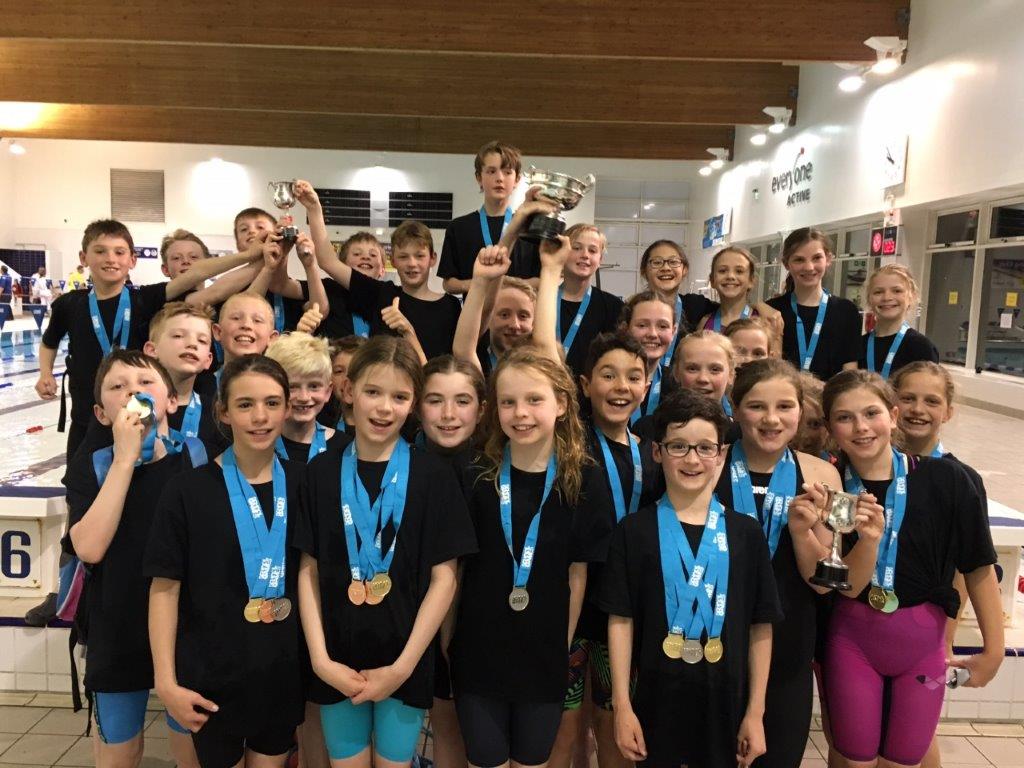 It was a fantastic night of racing from the 32 strong team, who were selected from various junior schools within the Dacorum district.
The team came away with an impressive eight gold, 10 silver and seven bronze medals. There were individual golds for Sam Pyefinch, Millie Herbert, Harry Rowlands and Merissa Booth with the others collected by Year 5 boys and girls and Year 6 boys in their relevant squadron relays.
The team medalled in 23 out of the 28 events and in two of those events they medalled twice.

The overall results saw the Year 5 girls and Year 6 boys taking the win, and to top of the evening the whole team were crowned District Champions.