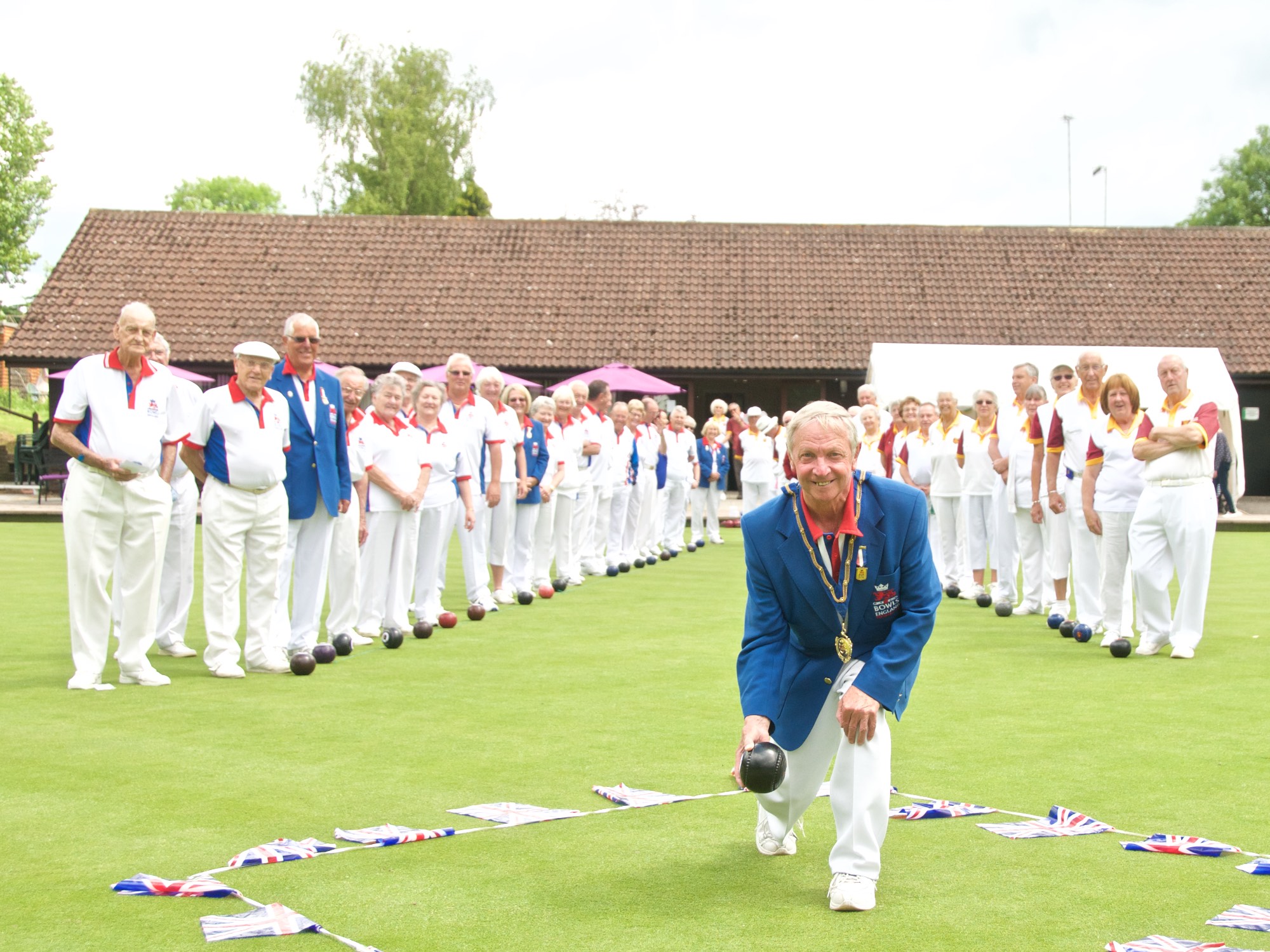 Berkhamsted Bowls Club welcomed Bowls England to their green for a prestigious game on Wednesday.

Bowls England, the game’s governing body, played Berkhamsted to celebrate the club being named National Club of the Year for 2015.

However Berkhamsted did have a winning rink of Carole Dunne, Tom Presland, Brian Ralphs and Jackie Cormack.

Prior to the game the Bowls England President Michael Jennings from Cornwall raised a further £100 for his charity by successfully rising to a fun challenge Berkhamsted had set him.

A magnificent day was rounded off with a slideshow set to music saluting the club’s achievements. As if that wasn’t enough excitement the week ended with the annual Captains Match with captains Carole Dunn and Brian Ralphs picking teams to play against vice-captains, Anne Furlong and Tom Presland.

Throughout the day funds were raised for the Hospice of St Francis and the day was rounded off with an excellent meal provided by Anne Cox, Amanda Stacey and Wally Dunn. Despite the fierce competitiveness a fun day was had by all