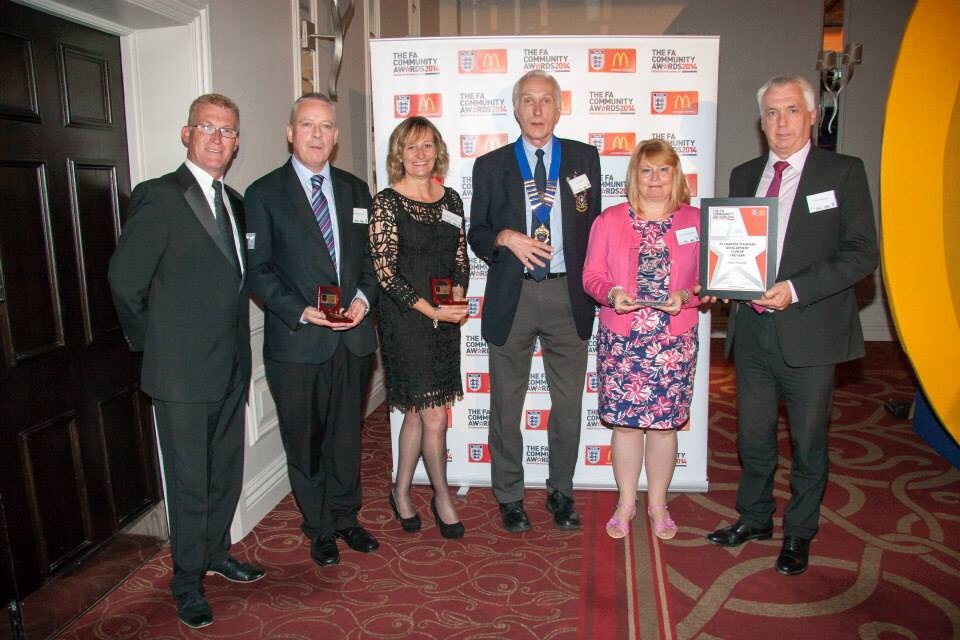 FULL DETAILS AVAILABLE ON THE CLUB WEBSITE AT www.hemelaces.co.uk

Established in 1969, Hemel Aces runs Youth Teams from Under 6's through to Under 18's.
In 2007, Hemel Stags Aces became the 1st Club in Dacorum to acheive the FA Charter DEVELOPMENT status.
Aces have been a Charter Standard Club since 2001.

In 2007 Aces became the 1st Club in Dacorum to be awarded the FA Charter Development Club Status. The FA applies stringent criteria to the Award and it’s a credit to all the Club Officials and Managers who have helped the Club progress to this next level of FA recognition.

The present Committee continues to ensure that whilst the Club grows it remains a ‘fun’ club aimed at players of all abilities not just skill levels. However, we do still win Leagues and Cups as we are a competitive bunch, but many children are here because they just want to play football.

Without any major sponsor the Club continues to keep playing costs as low as possible, despite the raft of legislation that means more of the funds raised now go on non foot-balling activities.

Our thanks go to all the Team Managers, Assistants and Helpers, and also to the Players and Families associated with Hemel Aces….as without you there would be no Club.

This Club now provide football from U6 through to U18, running 19 teams with a combined total of 200+ youth players.

There are over 30 Officials and Managers helping the Club to keep going, who in total voluntarily donate the total equivalent of over a years free time.

More volunteers are always welcome. You don’t have to be a coach as we always need people to run the Club!!

As a FA Charter Development Standard Club, all our Managers are at minimum FA Level 1 qualified and CRB checked. Both of these items cost the Club over £160 per person, so the expense does mount up. All of these costs are met from Club, not Team funds, so fund raising events are essential to ensure we can keep providing skilled people to look after and teach your children.

The Club has no golden benefactor, however, if through businesses some of you may run, or contacts you have, we could find a partner willing to invest in the Club then please ask them to talk to any of the Club Committee or Managers about opportunities the Club can offer in return.

Hemel Aces use either Council pitches or local school pitches.